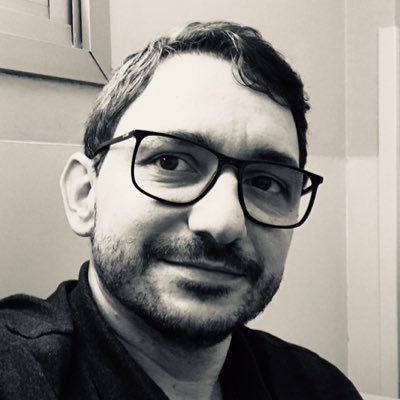 João Paulo A. Almeida is associate professor at the Computer Science Department of the Federal University of Espírito Santo, Brazil. He is a member of the Ontology and Conceptual Modeling Research Group (NEMO) and has a research grant from CNPq (“Bolsista de Produtividade em Pesquisa do CNPq – Nível 2”).

Since 2007, João Paulo has been working on the application of ontologies in enterprise architecture and enterprise modeling at NEMO/UFES, having had a key role in the development of OntoUML model-driven tools and core ontologies based on UFO (including UFO-S and UFO-L). More recently, he has led the development of the gUFO implementation of UFO. He has also made contributions to multi-level conceptual modeling with the MLT theory and the ML2 language. He is currently principal researcher in a CNPq/CAPES Project that aims at developing an ontology-based e-Science infrastructure for monitoring water quality at the site of the largest environmental disaster in Brazil.

He received his Computer Engineering degree in 1998 from the Federal University of Espírito Santo (Vitória, Brazil), and his Master of Science in Telematics degree from the University of Twente in 2001, with the master thesis entitled Dynamic Reconfiguration of Object-Middleware-based Distributed Systems developed at Lucent Technologies Bell Labs Twente. He joined the Centre for Telematics and Information Technology at the University of Twente in September 2001, and received his Ph.D. from that university in 2006, with the Ph.D. thesis entitled Model-Driven Design of Distributed Applications (supervised by Prof. dr. ir. Chris Vissers, Dr. ir. Marten van Sinderen and Dr. Luís Ferreira Pires.) During 2006, he worked as a Scientific Researcher for the Telematica Instituut (then Novay) on the application of model-driven approaches to the design of services and service-oriented architectures. He has participated in the European SPICE IST and MODA-TEL IST projects, in the Dutch Freeband WASP project and in the AMIDST project.

In the last decade, he served as principal researcher in several CNPq projects (including a CNPq/FAPES PRONEX project), as well as Dean of the Graduate School in Computer Science at the Federal University of Espírito Santo (2011-2013). He served as a member of the Executive Committee of the International Association for Ontology and its Applications (IAOA) (2016) and as chair of the EDOC Conference Steering Committee (2014-2016).

He is a senior member of the IEEE and of the ACM, serves in the Advisory Board of the IAOA and in the steering committee of EDOC, Ontobras and TEAR.

His standardization activities include participation in the revision of the ISO Reference Model for Open Distributed Processing (RM-ODP) and in the W3C in the scope of the E-Government Linked Data Working Group (Organization Ontology) and W3C Data on Web Best Practices Working Group.

Throughout the years, he has served in the committees of several scientific events, including: EDOC, ER, CAiSE, MODELS, FOIS, TEAR, PoEM, CoopIS, IEEE CBI,  APCCM, FASE, BPMDS, CAiSE Forum, IWEI, VORTE and WODPEC. He currently serves in the Editorial Board of the Journal of Applied Ontology (2017-current).

Best paper award at IEEE EDOC 2017: From an Ontology of Service Contracts to Contract Modeling in Enterprise Architecture

Best paper award at ER 2015:  Extending the Foundations of Ontology-based Conceptual Modeling with a Multi-Level Theory

Best paper award at IEEE EDOC 2013: Towards a Commitment- based Reference Ontology for Services

Best paper award at IEEE EDOC 2011: An Ontology-Based Semantics for the Motivation Extension to ArchiMate

Tutorialist ER 2019, Salvador, Brazil: Multi-Level Modeling with Powertypes: What you can do, What you can’t do, and How to achieve more with a foundational theory.

Co-chair of VORTE 2012 – 7th International Workshop on Vocabularies, Ontologies and Rules for the Enterprise at IEEE EDOC 2012, Beijing, China.

Co-chair of the Workshop on ODP for Enterprise Computing (WODPEC 2006) in conjunction with The Tenth IEEE International EDOC Conference (EDOC 2006), 16 Oct. 2006, Hong Kong.

Co-chair of the European Workshop on Milestones, Models and Mappings for Model-Driven Architecture (3M4MDA 2006) in conjunction with ECMDA 2006, 11 July 2006, Bilbao, Spain.

This page shows the publications in reverse chronological order. When available, you can find links to the publishers’ websites (through DOI) or to the author-submitted version of the paper (in PDF) at the left-hand side of the list. You can also view the full list of papers in BibTeX format.

All pdfs here are the author’s version of the work, posted here by permission of publishers for your personal use, not for re-distribution. The definitive version was published in the respective conference proceedings/journal issue.