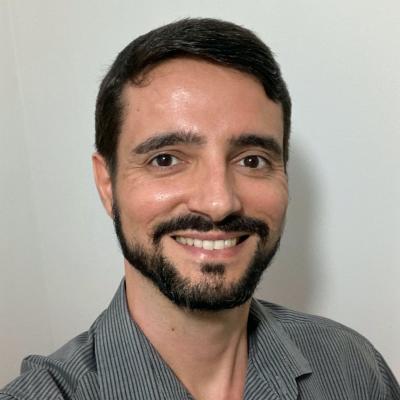 Vítor E. Silva Souza is a professor at the Department of Computer Science of the Federal University of Espírito Santo (UFES),  currently holding a position of “Professor Adjunto”, which Wikipedia claims is equivalent to “Assistant Professor” in the U.S. (although in Brazil this is a tenure track position after a 3 years probation period).

He earned his PhD degree in 2012 at the International Doctoral School on Information and Communication Technology of the University of Trento under the direction of professor John Mylopoulos. During this time, Vítor was a member of the Software Engineering and Formal Methods Group, participating in the project “Lucretius: Foundations for Software Evolution” (ERC advanced grant 267856, April 2011 — March 2016).

Previous to that, during his masters degree in Computer Science at UFES, in 2007, his work was in the area of Web Engineering under the supervision of prof. Ricardo de Almeida Falbo and prof. Giancarlo Guizzardi. The work was conducted at the Software Engineering Lab (LabES), which later would become NEMO. His Masters work was the seed to one of the currently active projects at NEMO: the FrameWeb project. His undergraduate course was in Computer Science, also at UFES, from 1999 until 2004.

His research areas of interest include Conceptual Modeling and Software Engineering, more specifically in the fields of Requirements Engineering, Web Engineering and the publication of Linked Data in the so-called Semantic Web. In this context, Vítor supervises undergrad students — extension projects, research (Scientific Initiation) projects and undergraduate final project — and graduate students — Masters and PhD level.

Below you can see his recent scientific publications. More detailed information are available at his personal website.